REACHA partnership with Indian Army has had a transformational impact towards countering anti-national militant activities in Baramulla since the youth have been provided a constructive means to divert their energies.

The Indian Army has been very active in promoting and running various developmental initiatives in the Kashmir Valley. These efforts are being manifested through a well-developed and regulated project called ‘Operation Sadhbhavana’.

The various programmes being run under Sadhbhavana are aimed at Education, Skill Development, Health Care, Environment Conservation, Infrastructure Development and Sporting Events, wherein the holistic development of the local populace of Kashmir Valley is being undertaken to wean them away from terrorism, drug menace and anit-national activities. While the Army has the necessary infrastructure, outreach and management skills for undertaking these tasks, the long-term sustainability of these ventures remains an issue. As part of Operation Sadbhavana Army has taken up a special initiative for the constructive engagement of the youth of the Valley so as to dissuade them from getting involved in the vicious circle of Drugs, Stone Pelting and Anti National activities by establishing a skill development centre in the form of Chinar 9 Jawan Club at Baramulla District. The Club affords an ideal platform for the youth to interact, relax and rejuvenate, while also develop their skills for holistic growth, in a stress-free environment

The Club offers a number of Recreational and Informational Avenues in terms of an eight Terminal High Speed Internet Cafes’, a well-stocked Reference Library (500 books), a Modern Multi Station Outdoor Gymnasium, Indoor Games to include Pool, Table Tennis, Carom Board, Chess and Darts and Outdoor Games facilities like Basketball, Badminton and also a Mixed Martial Arts Arena. In addition to this, a fast food joint along with a gifts gallery has also been set up for the youth to enable them to spend their leisure time in a positive manner.

Besides catering to the recreational needs, the Indian Army in collaboration with REACHA since April 2016 has given a platform to youth of Baramulla in the form of Chinar 9 Jawan Club where students can come from different socio- economic backgrounds and take benefit of job oriented and entrepreneurship training so as to give wings to the aspirational needs of the youth through the medium of Skill Development in identified fields like Basic Computer and Information Training, Fashion Designing, Retail and Hospitality Services, Sales Executive Training, Music and Culture, Life Skills, Spoken English - provided at zero cost to the local youth.

Since 2016 more than 1000 youth have been trained at the Chinar 9 Jawan Club, Baramulla, with 60-70% getting jobs/livelihood enhancement post the trainings.

Since July 2019 about 1200 youth have been provided basic level drug de-addiction at the Center being run in Army campus by REACHA. The youth are then motivated to join various trainings at Chinar 9 Jawan Club as per their talent and aspirations.

REACHA has been supported by ONGC in its partnership with Indian Army at Baramulla, Kashmir. The projects underway include skill development trainings and drug de-addiction. These are undertaken within army campus of 19 Arty Brigade at Baramulla. The training centre is called the Chinar 9 Jawan Club, Baramulla. The concept of the Club was initiated by the army to ‘constructively engage’ with youth in the valley so as to peacefully wean them away from militancy, drug addiction, anti-national activities etc., and to enable them to meaningfully contribute to national development.

The partnership between ONGC, Indian Army & REACHA began in the year 2016 with ONGC supporting a total of 60 girls for 2 batches of 6 months each, on Fashion Designing, Cutting & Sewing Course. This course is certified by ASSOCHAM. Till date 240 young women have undergone this training with more than 60% engaged in livelihood enhancement activities post the training. Since 2017-18, 150 youth each year have been trained in trades of Retail and Hospitality with NSDC certification – totalling overall 900 numbers. Here too, despite numerous challenges 50-60% placements / livelihood enhancement has been achieved.

Since 2019-20 we have also started training 60 youth a year on music to provide innovative incremental livelihood enhancement opportunities to the youth. 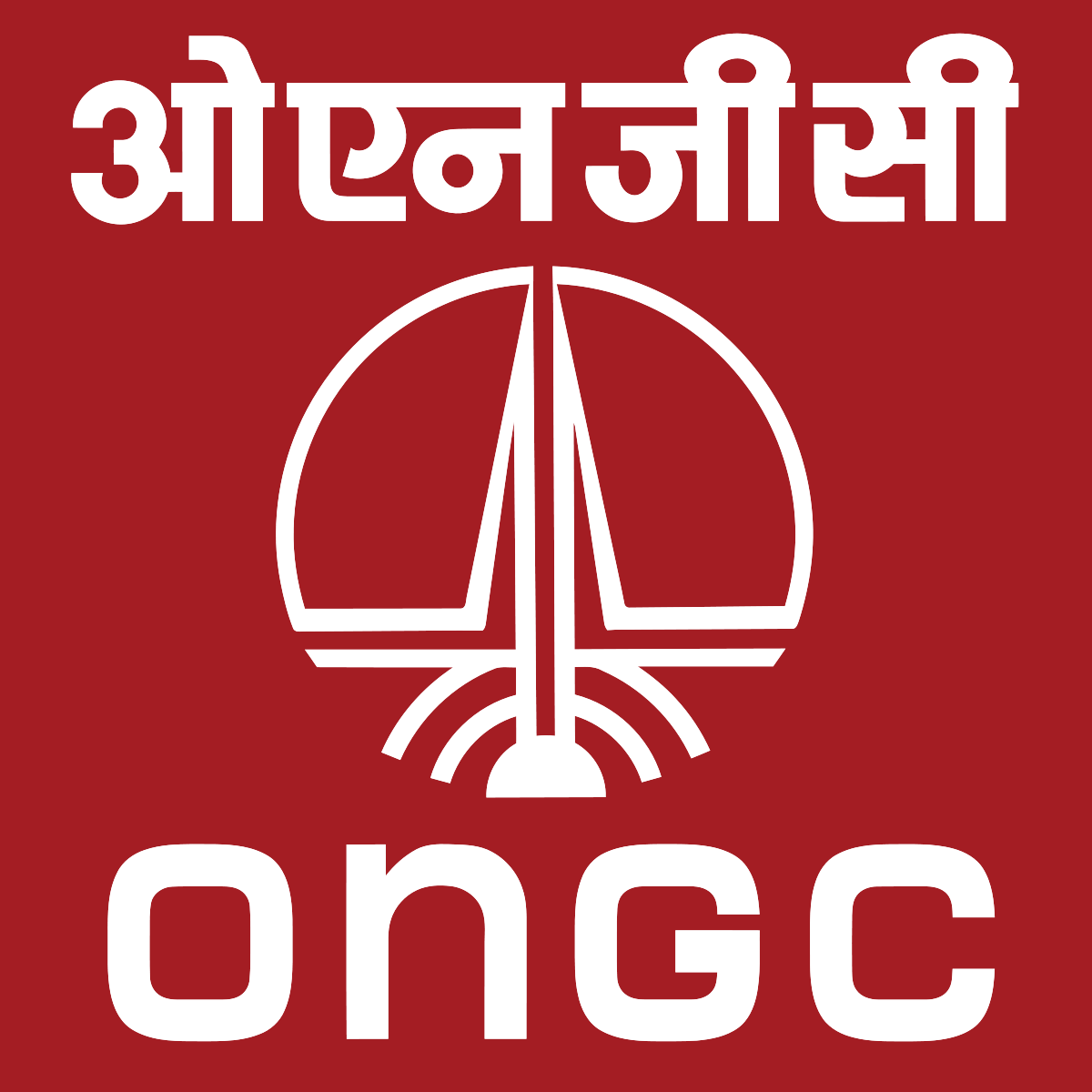 The project is quite popular and during times of Covid-19 lockdown, our young musicians have provided soothing and melodious music calling upon the community to maintain social distance and other Covid-19 Combat requirements. Since 2019-20, we are also working to provide drug-de-addiction and rehab support to 1200 Kashmiri youth who are often targets of drugs to misguide them. With ONGC support houses of villagers broken down due to counterinsurgency operations were rebuilt in Uri by REACHA in the year 2017-18. This bridged the divide and brought local village communities close to the army near LoC with Pakistan. Also, Porta Cabins have been installed with ONGC support at Chinar 9 Jawan Club and Drug De-addiction Center to augment existing infrastructure, ensuring better services. Since March/April 2020, with nationwide lockdown imposed by government, ONGC projects have shifted to online mode using WhatsApp, GOTO-Meeting Apps, tele-calling etc. even though internet in Kashmir is terribly slow due to security reasons. The progress has been lauded by Army and it feels that this effort under extremely difficult times will go a long way to strengthen our efforts to bring peace in the valley. ONGC support to REACHA for the above projects have provided tremendous encouragement, support, and high impact to Army efforts to counter militancy in a peaceful manner. As per Army, Baramulla has today become much less prone to stone pelting, terror attacks and other anti-national activities since most of the youth look forward to enhancing their career prospects at ONGC supported initiatives, thereby mainstreaming themselves into the national fabric

Read more about our projects with ONGC support at -

REACHA partnership started with Genpact through NASSCOM (NF) Foundation in the year 2018. With their support, and under Army supervision, REACHA has set up a Cell for Livelihood Enhancement (CLE) at Chinar 9 Jawan Club, Baramulla, J&K. The main objective of CLE is to take up innovative market aligned activities like training of trainers, scholarships for jobs, support to set up Women’s Self Help Groups (SHGs) so that local women may be able to set up sustainable enterprises, etc. and thereby become financially independent. CLE has had considerable success in the 18 months that it has rolled out on ground.

REACHA is also supported by GSIF – Genpact Social Impact Fellowship – or the year 2019-20-21. More details about GSIF are available at https://genpactfellowship.in/

Read about NASSCOM Foundation at https://nasscomfoundation.org/

REACHA partnered REC Foundation in the year 2018-19-20 for the project – Improving learning outcomes in primary education to 3000 children (studying in govt. schools) through project based learning with focus on multiple reinforcement in Atraulia block of Azamgarh district of Uttar Pradesh.

Rural Electrification Corporation Limited (REC), A Govt. of India Navratna Enterprise, committed financial assistance under CSR initiative to REACHA for the project, improving learning outcomes in primary education to 3000 children (studying in govt. schools) through project based learning with focus on multiple reinforcement in Atraulia block of Azamgarh district of Uttar Pradesh through its CSR arm, REC Foundation. The main objective of the project was to improve access, retention and learning outcomes for children in the age group of 6-14 years so that they receive quality education at elementary level, to enroll and mainstream residual out-of-school children from the disadvantaged and marginalized social groups residing in rural villages and urban slums, to improve retention in schools and lower the dropout rates, to improve teaching quality in schools and to improve learning outcomes as per indicators developed and ensure age-appropriate learning levels through supplementary and remedial coaching.

Titan Company Limited is launching a program called Design Impact Movement with REACHA as the Primary Partner. This movement seeks to help aspiring innovators amongst the country’s youth reach their potential while also giving back to the society. It intends to inspire young people to take up designing for social impact and help them in the creation of their products for the same, if any.

The Project aims at creating an awareness for and promoting tangible design innovations that solve pressing social issues and provide an ecosystem which connects all the entities in the product design space from the problem source to the public. 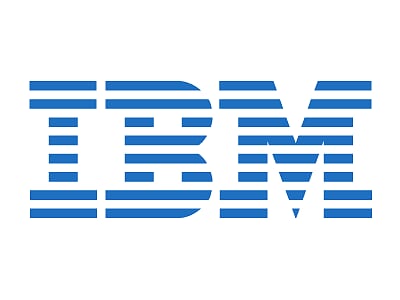