The book was formally released on 12th May 2010 by Smt & Sri Pant by placing the first copy of the publication on the Samadhi of Sant Gyaneshwar in Alandi near Pune. According to Sri Pant, Sant Gyaneshwar (1275 - 1296 AD) is the father of the Indian Renaissance. With his "Gyaneshwari," Sant Gyaneshwar, at the tender age of 14 years for the first time brought the eternal message of The Bhagwad Gita to the common masses through metaphoric verses in exquisite Marathi. The next major effort at bringing the eternal message of the Vedas was undertaken at the ripe age of 76 years by Goswami Tulsi Das in the 17th century AD through his "Ram Charit Manas" through exquisite versing in Awadhi. The Bhagwad Gita was to later become the gospel of the Indian freedom movement, to inspire great leaders like Lok Manya Bal Gangadhar Tilak and Mahatma Gandhi. 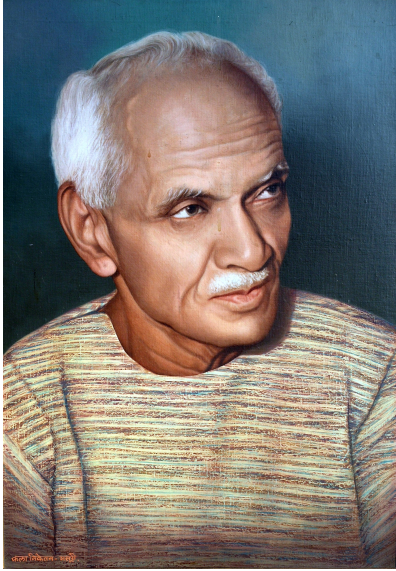 COLOUR PHOTOS FROM THE BOOK

EBOOK- PANDIT SRIRAM SHARMA ACHARYA AS I KNEW HIM

The entire sale proceeds have been donated to the corpus of REACHA for its charitable programmes by the author. Details of these activities are available at this site.

The Book, having 376 pages in all (hard bound) has been priced at Rs 800.00 for domestic purchase (including delivery) and USD 60.00 (Book price of USD 50 + USD 10 for packaging, posting and forwarding by airlmail/courier) for the international audience.

Steps for placing your order

3. You will receive a Booking Confirmation from REACHA via email/phone

4. We will contact you as per details stated in the Booking Form regarding dispatch/payment procedures

5. Allow us 4-6 weeks to ship the book to your address of choice as mentioned in the Booking Form

6. A receipt shall also be sent

2. For online payments within India - through NEFT (National Electronic Funds Transfer) as per RBI regulations. If you choose this option REACHA will email you separately its SB Account Number and the IFSC code of its Bank Branch for you to credit the relevant amount online (equivalent to no. of copies x Rs. 800/)

If you have any trouble in booking your copy or if there are delays in delivery, you may call Nikhil Pant or email him at nikhil@reacha.org

A Brief on the book is presented below 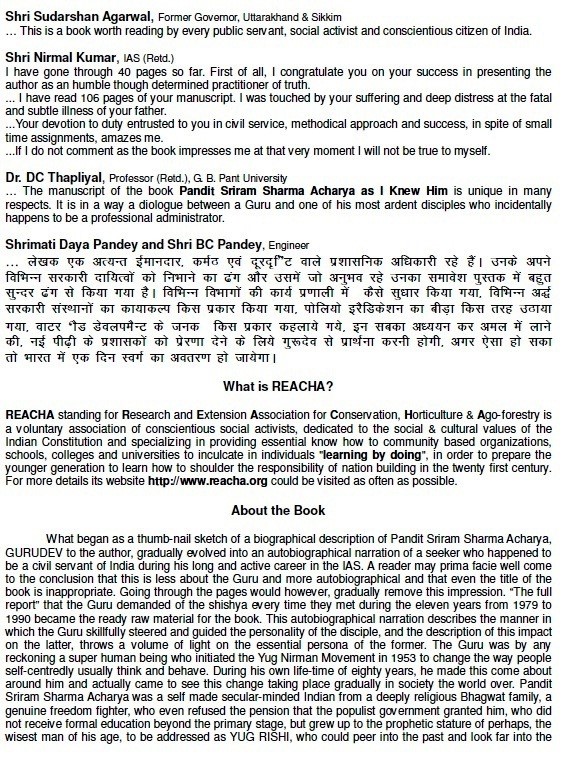 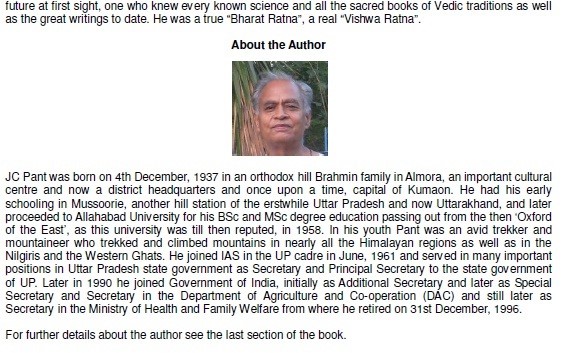